﻿What is the science underneath, and is Kidnapping Survival offering anything special? 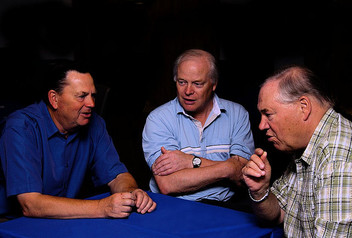 Social psycology can be constructively used
Conflict management cannot be defined as one science. When we relate to conflict, including kidnapping and hijacking situations, we use a variety of resources.  Logic, reason and insights acquired through life experience are important.
Subject to the conflict contexts we may also draw on a range of sciences such as sociology, anthropology, history, political science, law, economy and more.

The extensive literature on conflict management draws to a large extent on non scientific observations/experiences combined with application of logic and reason. The said sciences are drawn upon to different degrees, depending on the  the background of the author. However, one highly relevant science is poorly presented.

Social Psychology, an under-utilized science.
Whenever there is conflict, a variety of psychological factors are in swing. Some are individual, based on our emotional and cognitive make-up, and can be difficult to identify and relate to. However, many factors are common and generally found in human interactions. Such factors are described in social psychology, the science of how we influence each other. While individual psychological factors can pose very complex challenges, social psychology offers knowledge that can be constructively used in most human communication.

Whether we are involved in an international conflict, a kidnapping situation or a conflict between two spouses, the interaction implies a variety of psychological influences. To the extent we have knowledge about such influences and how they work, we can use it to our advantage to resolve conflicts, improve relationships or, in case of kidnapping, survive.

Where the training offered by Kidnapping Survival stands out, is in the use of social psychology for the purpose of conflict resolution/survival.

This is about application of research findings well documented and discussed in social psychology literature. However, what is largely missing both in conflict management and psychology literature, is discussions of how these findings can be used in conflict contexts.
Lead trainer Olav Ofstad aims at making a difference in this regard, presenting a variety of research findings that can be used as effective conflict resolution or survival tools. The essence of his training is laid down in a book that is available to the clients of Kidnapping Survival.

What kind of tools are we talking about? 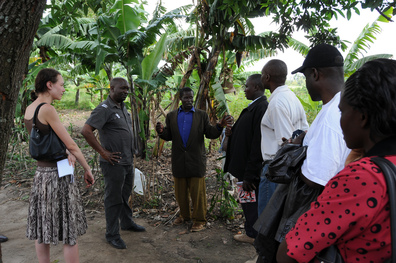 Role expectations, a mighty factor of influence
A full presentation exceeds the scope of this website, but let us look at some real life examples.

-    A UN refugee camp in Africa was being pestered by thefts and  the
camp manager wanted to do something about it. She considered it
obvious that the culprits were a gang of unemployed young men
who used to hang around the camp like 'vultures'. She took
a chance and  employed the whole gang as guards. She told them
about the problems the thefts were causing to the humanitarian
work, and that she depended totally on their help to  solve the
problem. They received a decent salary and food for their  work.
She followed up with praise and acknowledgement and demanded
respect for them among the camp's residents. The arrangement
worked perfectly. The theft frequency dropped to almost zero
and the humanitarian work became easier. (Olav Ofstad, Conflict
Management in International  Peace Operations, see  A Resource
for Clients.) What the camp manager did, was to  draw on the
power of role expectations,  a mighty factor of influence  if  we know how to use it. 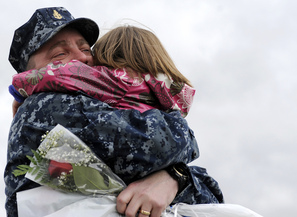 Reciprocation, a common human act
-   In May-July 2009  MV Victoria, a German ship with Romanian crew was hijacked in Somalia for 75 days. During the
assault phase,  the following dialogue took place between a hijacker and Traian Mihai, the Romanian chief mate:
Chief, today I’m going to kill the whole crew.
Why? Mihai replied in a tone of mock incredulity.
Why you gonna kill me? I am onboard this ship working for German company to make money.
I have wife and children to support.
You understand?
Yes, Chief
You are a pirate. Why’d you capture this ship? For money, no?
Yes, chief
Then Romanian and Somali, we’re the same, no?
Okay, chief. I’ll kill the Germans instead.
This dialogue, found in Jay Bahadur's book 'The Pirates of Somalia' (Harper
Collins Publishers Ltd, Toronto, 2011) demonstrates quick-witted use
of similarity, another powerful psychological tool.

-  During World War I some soldiers were trained to capture enemy soldiers and
bring them back to their own trenches for interrogation. A German expert in such
abduction once had a special experience. Having located an appropriate victim
in a trench, he managed to sneak up to him undetected. What happened next
was, however, that the victim, who had a piece of bread in his hand,
spontaneously gave it to the German Soldier. This surprising gift rendered him
unable to carry out the abduction, and he returned to the wrath of his superiors.
(Robert Cialdini, ‘Influence. Science and Practice’ New York Harper Collins
1993) . The allied soldier was saved by the effect of reciprocation, a common
human act that can be a useful tool in conflicts.


-   Researcher  Francois Bizot, kept as a hostage by Khmer Rouge Guerillas  in  1974 (see the Kidnapping page), was once
moved by his captors from one camp to  another, blindfolded and guided by one of the guards. “A course sweaty hand,
whose touch I found unpleasant, gripped me unremittingly by the elbow; as  the kilometres passed, the contact grew more
gentle, until it became a subtle, silent bond between me and the man I relied on to steady me along these steep  tracks.”
(Francois Bizot, 'The Gate', Vintage Books, New York 2002).
What made the guard’s unpleasant and unremitting grip change to a subtle, silent  bond? This is most likely an example of
cognitive dissonance, a powerful mechanism that is easy to use to your advantage once you have learned how to do it.

These four examples from specific contexts are picked from a variety of psychological influence tools. Sometimes we may use them by intuition, talent or luck. However, we can not trust ourselves to draw on them unless we understand how they work and how they can be used. 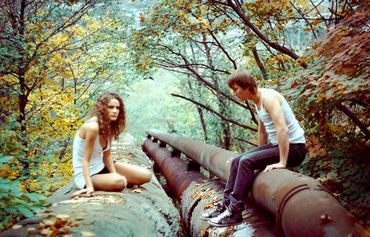 The Stockholm syndrome may save your life but change your personality
A phenomenon often discussed in kidnapping theory, is the  Stockholm syndrome, which is related to cognitive dissonance. The syndrome is about the close relationship  and loyalty kidnap victims may come to feel towards their captors. This is not a tool, but may still save your life. At the  same time it may influence your personality in ways you do not want. Despite our  knowledge of this challenge, there appears to be little adequate training on how to handle it in a kidnapping situation.

Social psychology is a core element in the training Kidnapping Survival offers. This is about application of research findings well documented and discussed in social psychology literature. However, what is largely missing both in conflict management and psychology literature, is discussions of how these findings can be used in conflict contexts.
Kidnapping Survival's training aims at integrating  the best of traditional conflict management theory with the application of psychological tools for the purpose of conflict resolution, improvement of relationships and survival in kidnapping situations.

The principles and approaches applied in our training are presented in Olav Ofstad's books
'Conflict Management in International Missions. A field guide' and
'Conflict Management in International Peace Operations: A handbook for  Officers and Soldiers'
The latter also offers a chapter on kidnapping survival but is today only available for participants in our courses and workshops. See A Book For Clients.